The contents of this game include 1 shaker cup, 5 dice, scorecards, 100 mini chips, 1 pencil and directions.

Here are some Game Definitions that you might come across:

Threezo is a term used to describe when the player is lucky enough to rollout all 5 dice and they turn up 333's - at any time through out the round, after you kiss your dice and rub it in a little bit, you WIN the entire Kitty and start the next round.

Game Kitty is a term used to describe when each player donates a mini chip every round to the Kitty, as well as the round Jackpot. This Kitty accumulates until the end of the game, unless a Threezo is rolled otherwise the low point circles on the scorecard are counted, and the most circles wins the Kitty! Meow!

Roll-Off is a term used to describe when during a round, if 2 or more players tie with the low point, those players will roll again to achieve a winner but it will cost an additional chip and only 3 dice are used.

Select a scorekeeper for the game, 10 rounds. If you will be playing multiple games, each player gets a scorecard for themselves. Each player is given 20 chips. For more than 5 players, coins or other objects maybe used in lieu of mini chips. Each player rolls 1 die to determine who goes first. The lowest point rolls first; should there be a tie, there is a "Roll-Off". Both players roll again until a low point is achieved. Each player puts in their "Ante", 1 mini chip to the round Jackpot pile and 1 mini chip to the Kitty. Use the top of shaker for the Kitty. Let the Rapid Rolling begin.

333's is typically played with 5 dice, but for real Rapid Rolling excitement, just 3 can be used. The object of the game is to acquire the lowest "Point" total per round; and collect the Jackpot for that round. Have the most overall low point circles at the end of 10 rounds, one game, and you collect the "Kitty" jackpot winning 333's! If you find yourself without chips during the game, this means you're out unless you can borrow from a friendly player.

Each player rolls the dice, 333's count as zero points, all other dice are counted as face value. At least 1 die must be kept per roll, unless 333's turn up, then all 333's are held back. All dice must be counted to complete the round.

If you're lucky enough to roll all 5 dice, and they turn up all 333's throughout your turn, collect the entire Kitty, and each player must start the Kitty again with 1 chip in. This is known as a Threezo.

Available now on the App Store 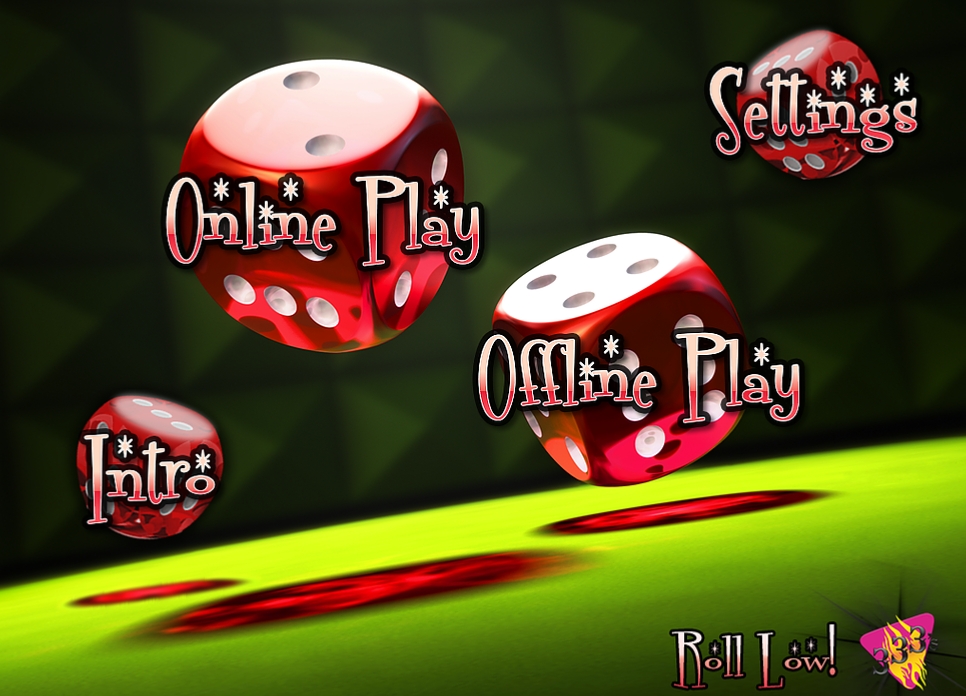